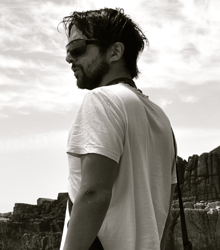 Hello, my name is Philippe Antonio A. R. Welcome to my ART gallery.
I was born in Sweden 1985, but my parents are from Chile. I grew up in Fittja, a suburb outside Stockholm. My passion for art, especially hands-free drawing and caricature began at a very young age. When I was 10, I created my first own comic-figure ”Magic”, which involved a condom (he was one) Hehe. At that time I hardly knew what it was. Time passed by and I soon learned Graffiti too. I fancy that it was fun to write and draw and I had a separate block intended for it. When I got older, I started to look a lot of Anime, Japanese cartoons, which I fell for, I learned some and took my knowledge a bit further. Thanks to my iPad more recently, I’ve learned to take my art in another direction. I do not know what to call it but i like to think that its my own style, a cool and strong style.

It has been very entertaining and instructive. I have even created my own comic series, where I gathered all my previous cartoon characters, incl. Magic and even some new ones. Together they live in a strange world and I call the comic THE COOL ONES. You can see more about that in www.Domcoola.se. (Right now they are only translated in swedish).

I also have a great passion for film/movies that is why I started this site Blackbrush with all my movieart collection. The art and drawings will include lots of the coolest and most memorable movie characters who has ever existed.

I do this with passion because I love to draw. It is a big part of who I am, and it’s allowed me to relax and get away from reality (which for the moment is quite difficult) and get a moment to myself. It’s a hobby I have, which may also rejoice other… In the beginning, these paintings was meant for myself. But after a lot of good feedback, trough friends, family, facebook and my other homepage domcoola.se, I decided to let these paintings to be released in limited edition quantities. This is for those of you who have the same love and passion for both film and art as I do.
// Philippe Antonio A.R
wordpress themes
Animated Social Media Icons by Acurax Wordpress Development Company